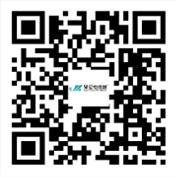 By the end of April, it was the late spring and early summer that there was neither the frigid coldness of springing up nor the agitation and laziness in midsummer. Is the most suitable season for tourism. On April 22, the gathering stars ushered in the 2017 Fiesta Tour in this wonderful season. This time we will go to enjoy the "first gold mine," the reputation of Suichang gold mine.

According to the records of the Song Dynasty, during the Yuanfeng period of the Northern Song Dynasty, some people were already mining gold and silver in Suichang. In 2011, the Suichang gold mine became the only state-owned mining park in Zhejiang Province. Unique resources, both the gold production lines, there are deep and long mines, full of temptation and mystery.
This place is embedded in the mountains and rivers, hidden in many magical legends, thousands of years have not been old, like a gold vows. In the two-day trip, people gathered together to experience its magic. In turn, everyone took a small train that the digging workers entered the well to work on the original orbit. They walked through the deep mine holes to experience the hardships and fun of a backcounter and personally sought out and experienced the mystery and bizarre of the millennium gold mine.
At the same time, we also went to the Golden Cave in the Tang Dynasty, straw sand porridge, gold Bodhisattva Shou Jin, Jin Su Bridge, Wenshan Pavilion, Yinkengshan Reservoir, Dianjin Cheng, the Ming Dynasty Golden Cave, Gold Museum and other large and small scenic spots more than 20, enjoy all the way Road beauty, listening to the tour guide to explain many of my colleagues said: "This is a treasure, a worthwhile trip" 2017 star of the annual travel in the laughter of the successful conclusion of the star grateful company once a year to allow them to relax, Broaden your horizons opportunities, we rare in the spare time have more contact, really feel the harmony and warmth of the star family, at the moment also because of the stars and proud! 2017 is an important period for the development of the company. We believe that through the continuous efforts of the company, the company's performance will be renewed!